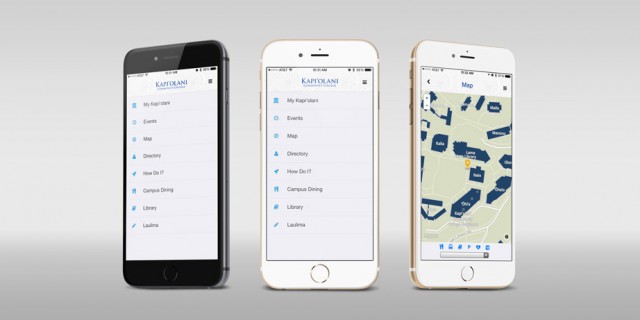 We submitted our first mobile app to the Apple Store last week. Polishing up the Android version shortly.

It’s a college based web-app intended to let students in on details that aren’t as easily accessed on the website. As such, it’s serves a complementary role to the campus’s other online tools.

My excitement has been growing on it. I admit I didn’t really care about this project at all for a good long time. It came by way of the fact the campus was ready to adopt a project that was ill conceived elsewhere. It’s one of those cases where the cliche works accordingly “if you want something done right, you have to do it yourself”.  The need for an app was there, but the timing was particularly awkward.

Flash forward just 3 or 4 months, we took this idea from sketchwork all the way to a full working cross-platform app ready to be unleashed into the general public in the next week or two. I used quite a few new processes and tools previously unfamiliar to me, PhoneGap & Smartgit, along with all the craziness that involves trying to find out the mechanism for using Apple’s Xcode and submission process.

We got our fingers crossed!