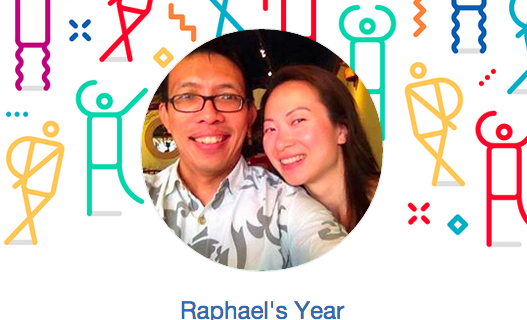 Posted by Raphael on Dec 23, 2014 in My Business Adventures, Personal | 0 comments

It’s that time of the year again when Facebook does this tiny viral app thingy again that displays “Raphael’s Year”.  Like I needed a reminder another year is up? It was rather innocuous…it didn’t show anything particularly harmful or crazy this year. Which got me thinking I wasted the entire year doing nothing interesting at all.

What got me particularly concerned about this particular incident was that it got me thinking…why does time seem to go so fast?  This year really felt like a blur. It got me reading some articles that basically said that psychologically time seems to rush by because of routine. So that’s my problem…I was bored all year and I basically did the same shit over and over.

Well there’s nothing much I can do about it now…unless I can think of some amazing thing to mark the year, 2014 will be over. Looking back however, I can say that professionally I’m proud of at least one major accomplishment this year.

I can proudly say I overhauled a college website. Not just that but I got every measurable metric for that site improved by double-digit percentage points!  40k visitors a month generating numbers that tell me they’re all getting a better experience thanks to moi. I might not be able to brag about that much at work & some people there are still biting at my heels trying to put me down….but I’m quite proud of that.

I didn’t learn to be a better designer this year. But I DID learn how to get things approved by some tough committees. I put together people who did good work. I made decisions that were sometimes risky or maybe unfavorable by some groups. I used the right resources and tools (sometimes at my own expense). And at the end of the day…I made it happen better than anybody expected.

I’m quite proud of that. So while I may look for a bigger adventure to herald 2015 as a year to remember….2014 doesn’t seem like it was that bad a year after all.