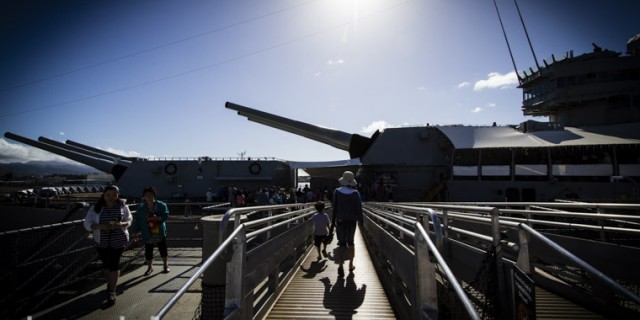 Posted by Raphael on Dec 29, 2013 in MightyMo, Personal, Photography | 0 comments

The USS Missouri itself was something I had heard about so often over the years but never had a chance to visit. I knew it was going to be huge. I knew it was likely to be hot (it was). And it had big guns. I don’t think it disappointed. It was certainly cool in the sense the scale of a battleship looking up was awe inspiring. But walking through the inner workings of the ship didn’t have as much personal impact on me as the submarine did. Maybe because the sub felt so cramped and uncomfortable it gave me more empathy on the lives of those naval men and women. The inside of the Battleship was somewhat less dramatic. I think the only event was we saw a few old typewriters which my wife thought was a big deal to point out to our 5 year old (not that he could even relate to what a typewriter was…it just looked like a boxy computer keyboard to him maybe?). More of our trip on my Gallery. 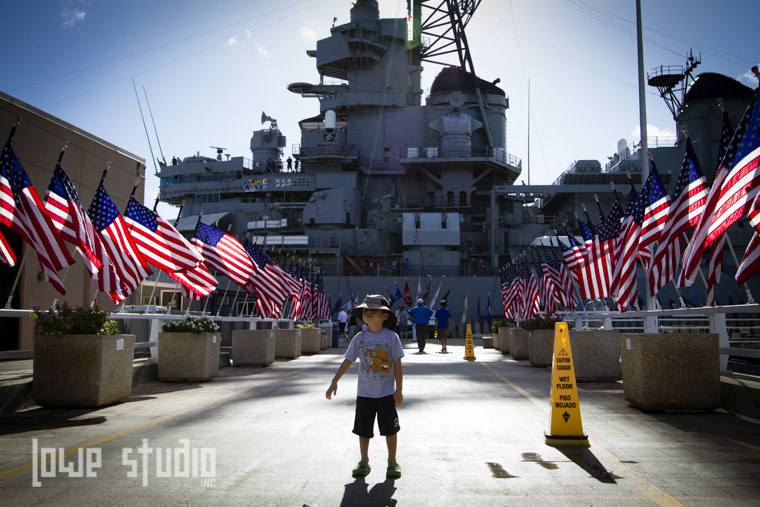 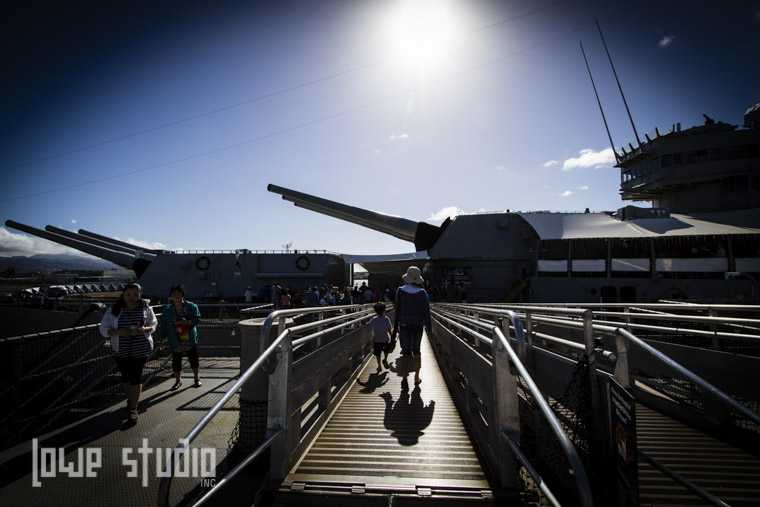 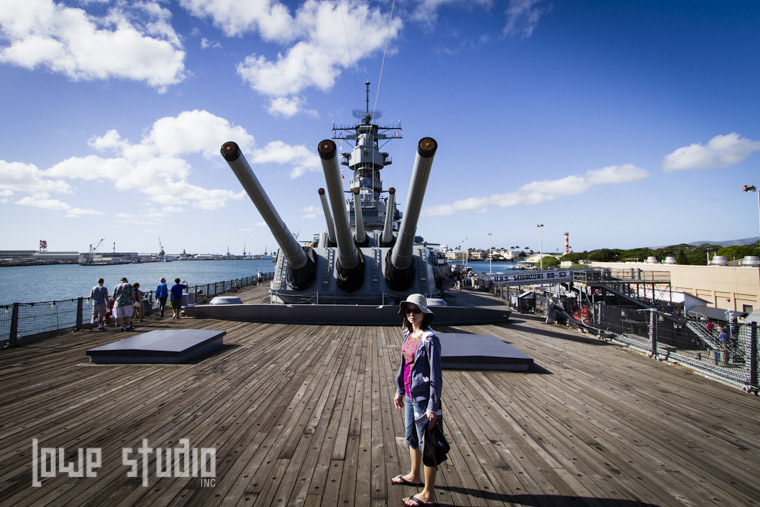 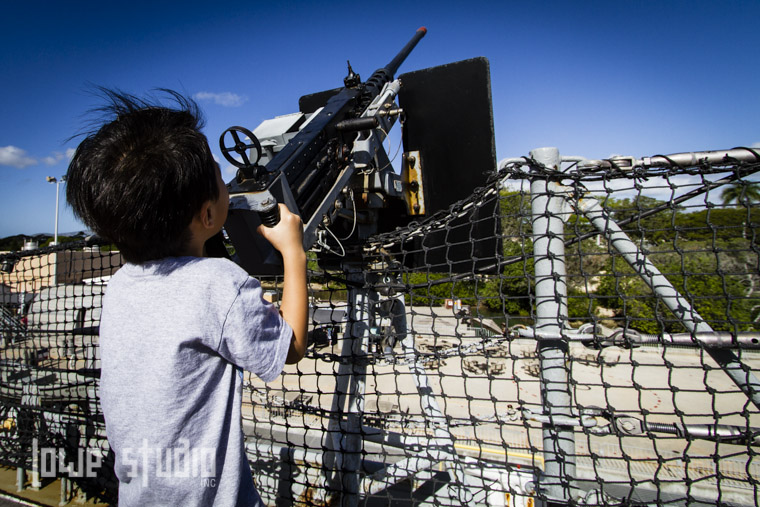 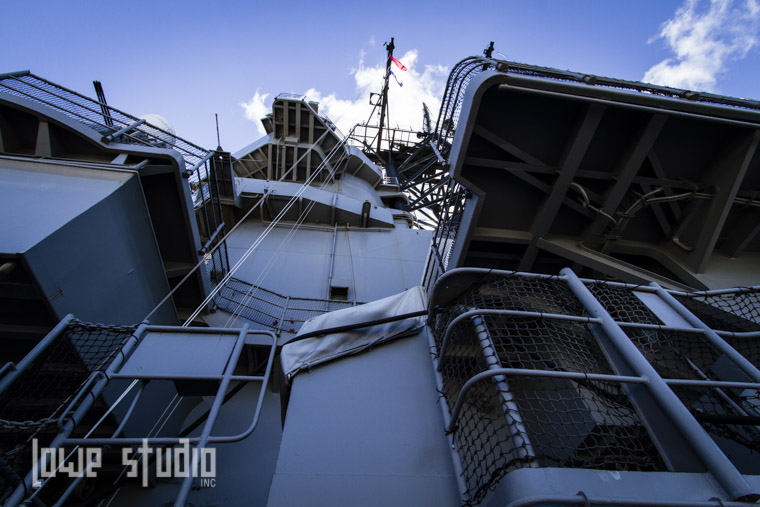 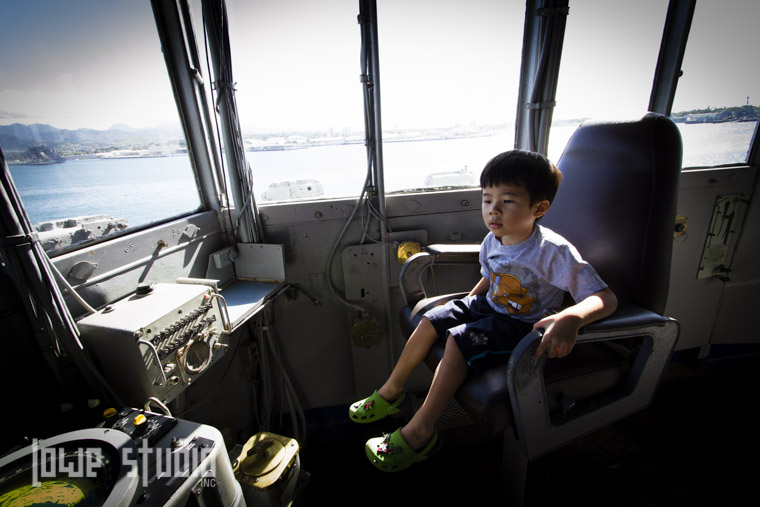