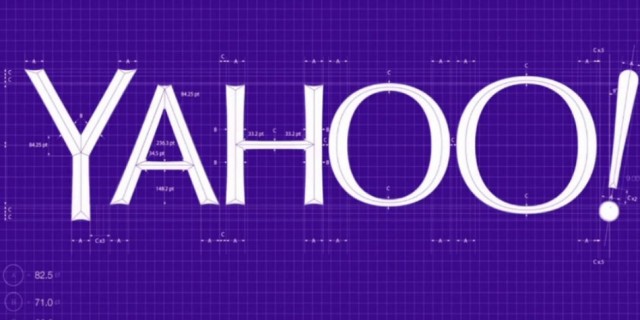 It’s hard to be interested in graphic design and not have noticed or taken part in discussions about Yahoo’s new logo. Personally I’ve cared very little about Yahoo for a while now and so any news coming from that company only got about a second’s worth of attention from me at first. But then the discussions started amongst friends and I couldn’t help but be pulled into the process.

First there’s explanation of the logo from Marissa Mayer herself:

I love brands, logos, color, design, and, most of all, Adobe Illustrator.  I think it’s one of the most incredible software packages ever made.  I’m not a pro, but I know enough to be dangerous

My first reaction was…well, good. I may not have personally liked the final result, but I still love hearing stories about how people came up with their creative ideas. I liked that they describe putting thought into avoiding straight edges, the tilt of the exclamation point…and while I’m not a big fan of the chiseled edge, the idea that it shaped a “Y” was a nice little edge to finish off the story.

But as always, the public audience has strong words to say about this situation:

My reaction isn’t about design; it is about the process she says they went through to create the design, which ignores history, reality, and biology.

There’s a lot of good points in his reaction about the Yahoo logo. There’s a lot of pride of ownership in the design process…the love of the history, the purity of the creative process, the honing of the craft, etc. I get it.

I just personally can’t help feeling the sense of irony hearing similar discussions in my father’s generation about the gap between graphic design and fine arts. This reoccuring clash in ideas about what legitimizes creative inspiration or questioning the motives behind whether a design is or isn’t….art (?), makes me feel somewhat displaced because I can see both sides of the spectrum.

I’ve experienced a lot of my own career successes in the web field over the past (almost) two decades. Maybe not Marissa Mayer-level success…but enough to make a comfortable living. Maybe like Mayer, my successes in the early decade hinged more on whether a website worked at all, and not so much on whether it looked particularly well. Back in the “early days” my only decision about font-types was if I liked looking at Ariel or Time Roman more often.

As the years passed by and new tools made traditional graphic design decisions available to me, plus an ever growing appreciation of the craft grew, I’ve gradually crept up in my craft and understanding of design. Interestingly enough my interest in spending hours behind a monitor staring at blank code dimished equally. In a way I’ve almost felt like my brain literally turned down the dimmer on the left side of my brain only to exercise the other. (some might say I’m dim on both sides but I digress).  You might say that I’ve become less the code-monkey, and more the person who just admires design in any form or function.

For that, I think if an engineer like Mayer wants to take a stab at exercising her design mind…more power to her.  Yahoo will fail regardless because it SUCKS!